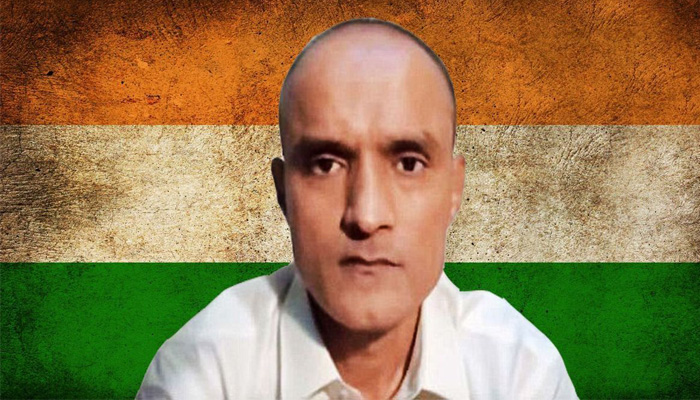 Islamabad: The Islamabad High Court (IHC) has formed a larger seat on Friday to hear the appointment of the legal representative of the spy and the agent of the Intelligence Agency Research and Analysis Wing (RAW) Kulbhushan Jadhav Human case.

The hearing will begin on September 3.

Prior to this, the Ministry of Foreign Affairs had re-contacted the Indian government regarding the appointment of Kulbhushan Jadhav’s lawyers and stated that the move was carried out in accordance with IHC directives.

On July 22, 2020, the government had moved the court stating that Kulbhushan, who was involved in several terrorist activities in Pakistan, had refused to file plea against his sentence. The agent cannot appoint lawyer in Pakistan without assistance from India, it read.

On July 2, 2020, Pakistan had decided to grant third consular access to Kulbhushan Jadhav following his refusal to file review petition against his sentence.

On July 16, 2020, Indian Charge d’affaires reached the Foreign Office as New Delhi accepted Pakistan’s offer to give second consular access to Jadhav. The place where the agent was kept had been declared as sub-jail.

Foreign Ministry spokesperson Aisha Farooqui said that Pakistan had earlier provided the first consular channel under the 1963 Vienna Convention on Consular Relations on September 2 last year. She said that the parents of Commander Jadav were also allowed to see him on December 25, 2017.

Aisha Farooqui stated that the two consular officers of the Indian High Commission in Islamabad have obtained unimpeded consular access from Commander Jadav.

On July 17, 2019, the International Court of Justice rejected the remedies sought by India, including abolishing the military court’s conviction of Kulbhushan Jadhav, releasing him and passing the Indian ruling safely.

The court rejected many of India’s demands in its verdict, including setting aside the military court’s verdict on Jadhav’s conviction, releasing Jadhav and passing India safely.

The International Court of Justice found that Pakistan deprived India of the right to communicate and contact Kulbushan Jadaf, visit him and arrange his legal representation, thus violating its obligations under the Vienna Convention on Consular Relations.

The Hague Tribunal ordered “the effective review and reconsideration of the conviction and sentence of Kurbshan Sudi Jadaf”.

The judge pointed out that Pakistan and India are signatories to the Vienna Convention.

“A continued stay of execution constitutes an indispensable condition for the effective review and reconsideration of the conviction and sentence of Mr Kulbhushan Sudhir Jadhav,” it ruled.

When the court found that Jadhav was guilty of terrorist activities in Pakistan, it ordered that Indian spies not be transferred to India. Ruling that Kurbushan will continue to be detained by Pakistan.

A Pakistan team led by the Minister of Justice attended the court. The team also included Dr. Mohamed Faisal, the spokesperson of the Ministry of Foreign Affairs at the time.

Posted on May 10, 2020
KHANEWAL: After a 32-hour hunt, a truck driven by Mian Channu suddenly entered the Mailsi Link Canal and found the bodies of nine victims,...
Read More

Posted on September 3, 2020
Islamabad: The Islamabad High Court (IHC) will hear a case today (Thursday) involving the appointment of a spy defense lawyer and an agent for...
Read More

Posted on August 6, 2020
Islamabad: Planning and Development Minister Asad Umar (Asad Umar) said on Thursday that as the response to the coronavirus pandemic seems to be fruitful,...
Read More

Posted on April 8, 2020
Karachi: On Tuesday, a fire broke out in a warehouse in the Abidabad area of the city of Baldia in Karachi, which spread quickly...
Read More

Middle East Style
Posted on September 25, 2020
Officials and local media said that the Turkish authorities issued arrest warrants against 82 people, including the mayor, during...
Read More

National Style
Posted on September 25, 2020
UN: Prime Minister Imran Khan said on Friday that his government’s policies are aimed at improving the quality of...
Read More

National Style
Posted on September 25, 2020
Karachi: The Minister of Education of Sindh Province, Saeed Ghani, announced on Friday that all courses under the eighth...
Read More