A Chinese real estate tycoon was expelled from the Communist Party after calling President Xi Jinping a “clown”, and the party charged him with corruption. 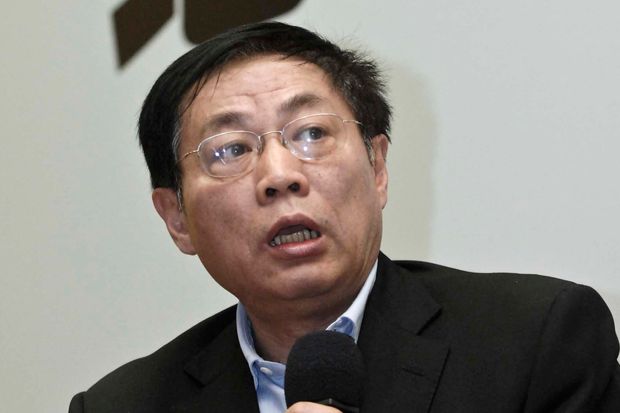 Ren Zhiqiang reportedly disappeared in March following a scathing criticism he wrote over Xi’s handling of the coronavirus pandemic in China. Ren published an essay accusing Xi of covering up the early stages of the outbreak, saying that no one in the party “took responsibility,” the Independent reported.

“Standing there was not an emperor showing off his new clothes but a clown who had stripped off his clothes and insisted on being an emperor,” Ren wrote, not naming Xi specifically.

The party launched an investigation shortly after, citing allegations of corruption and political malpractice, including embezzlement of public funds from the state-owned company Huayuan Group, acceptance of bribes and abuse of power. The Beijing Commission for Discipline Inspection also stated that Ren Zhengfei “publicly published an article against the four basic principles of the Communist Party.”

The party claimed that the responsibility was not to “distort party history” and that it showed infidelity and dishonesty to the party.

According to the Wall Street Journal, friends said they believed that the investigation of Ren Zhengfei was politically motivated and was motivated by his thesis. For a long time, people have believed that Ren Zhengfei is a symbol of Xi Jinping’s dissent. He regularly expresses his opinions on the operation of the government and the party. Some people think that he is used as an example to show that no one is loyal to the party.

The BBC once labeled him “China’s Donald Trump.” The party previously placed him on a probation for comments made online, shutting down his social media accounts.

“This is blatant political persecution,” Wang Ying, a retired entrepreneur and friend of Ren’s, said in a post on WeChat, The New York Times reported. “This is a rare good man, a good citizen who is responsible and ready to take responsibility, an entrepreneur who played his role and followed the law.”

The Times also reported that Xi told a meeting of business leaders on Tuesday that they should seek to “enhance their patriotism.”

“Patriotism is the glorious tradition of our country’s outstanding entrepreneurs in modern times,” he said, according to a transcript published by Xinhua, the official news agency.

Posted on May 28, 2020
Rio de Janeiro: As the country became the latest center of a global pandemic, Brazil ’s new coronavirus caused more than 25,000 deaths on...
Read More

Posted on July 31, 2020
LAHORE: Pakistan has confirmed 27 deaths in a single day by novel coronavirus as the number of positive cases has surged to 278,304. The...
Read More

Posted on March 1, 2020
Seattle: the first death of the new coronavirus has been confirmed in the United States, and President Donald Trump urged the Americans not to...
Read More

Posted on March 1, 2020
KUALA LUMPUR: The Malaysian king appointed a new prime minister on Saturday, ending a week of unrest in the country and covering two figures...
Read More

Posted on March 11, 2020
Sindh Education Minister Saeed Ghani said on Wednesday that the province’s schools will reopen on March 16 (Monday), but things will be discussed at...
Read More

Posted on May 16, 2020
As the World Health Organization prepares to hold its main annual meeting next week, there are concerns that tensions between China and the United...
Read More

Entertainment
Posted on September 30, 2020September 30, 2020
Months after Chris Hemsworth’s “Extraction” broke the streaming record, the “Thor” actor is working with Netflix to produce a...
Read More

Style World
Posted on September 30, 2020
ISLAMABAD: Nawab of Junagarh, Muhammad Jahangir Khanji once again exposed the real face of Indian and called it a...
Read More

Coronavirus Updates National Style
Posted on September 30, 2020
Karachi: this new type of coronavirus has claimed the lives of two other people in Sindh and infected at...
Read More

National Style
Posted on September 30, 2020
SIALKOT: The police said on Wednesday that they had arrested an Indian spy on suspicion of crossing the border...
Read More

Style World
Posted on September 30, 2020
NEW DELHI/LUCKNOW: Protests erupted in several parts of India on Wednesday after the authorities had the body of a...
Read More