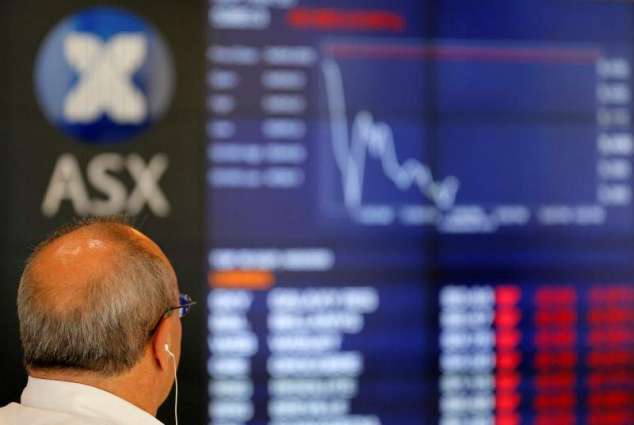 Angst about the bank’s determination to fight surging inflation by removing its ultra-loose monetary policy is dealing a severe blow to the rally in global markets that has run virtually uninterrupted for nearly two years, leaving most markets in the red at the start of 2022.

Officials have already started tapering the massive bond-buying stimulus put in place at the start of the stimulus and it is widely expected they will then start lifting borrowing costs from March, though by how much is a matter of speculation.

The Fed has also said it will begin offloading the bonds it already has on its books, which have been key in helping keep rates low, though it is not clear how quickly it will do that.

Markets are now keenly awaiting the Fed’s board meeting next week, hoping it will provide a clear idea about its timetable for policy normalisation.

But with key officials now in a blackout ahead of the meeting, investors have little information at their disposal, adding to uncertainty and volatility.

Three of Wall Street’s main indexes closed in negative territory again — rising for most of the day — and technology companies were once again the biggest losers because of their vulnerability to higher interest rates.

Data showing a pickup in U.S. jobless claims and a much weaker-than-expected index for a key manufacturing sector all suggest that while the Omicron Covid variant is less severe than feared, it is still causing concern.

Traders are also keeping a close eye on Ukraine, where a Russian military build-up is fueling fears of a planned invasion by Moscow.

And Asian stocks followed suit after a healthy rally on Thursday, supported by further easing in China.

The sharp drop in the oil market matched a sell-off in stocks, with both contracts down more than 2% after data showed U.S. inventories reached an eight-week high and gasoline supplies exceeded expectations.

The losses come after Brent and WTI hit peaks not seen since 2014 owing to optimism about the global recovery and demand outlook.

However, analysts still expect further gains, with Morgan Stanley joining Goldman Sachs in predicting $100 a barrel in the third quarter.

“We’ve been seeing some good gains this week, it’s not surprising we are seeing a bit of a pullback,” said Daniel Hynes at Australia & New Zealand Banking Group.

“The outlook is still pretty bright, however, nothing has fundamentally changed.”

Prices of electricity likely to be increased by Rs3.12 per unit

Posted on January 11, 2021
Beijing: According to official data on Monday, China’s consumer prices rebounded in December due to a rebound in food prices due to difficult weather...
Read More

Bull run at PSX as stocks gain over 1111.90 points points

Posted on October 14, 2021October 14, 2021
Karachi: The Pakistan Stock Exchange (PSE) rose sharply on Thursday. Investors withdrew their capital and bought stocks that had fallen for three days due...
Read More

Posted on December 10, 2020
Islamabad: The total number of declarations received by the Federal Revenue Board (FBR) reached a record 1.8 million, and the highest income tax amount...
Read More