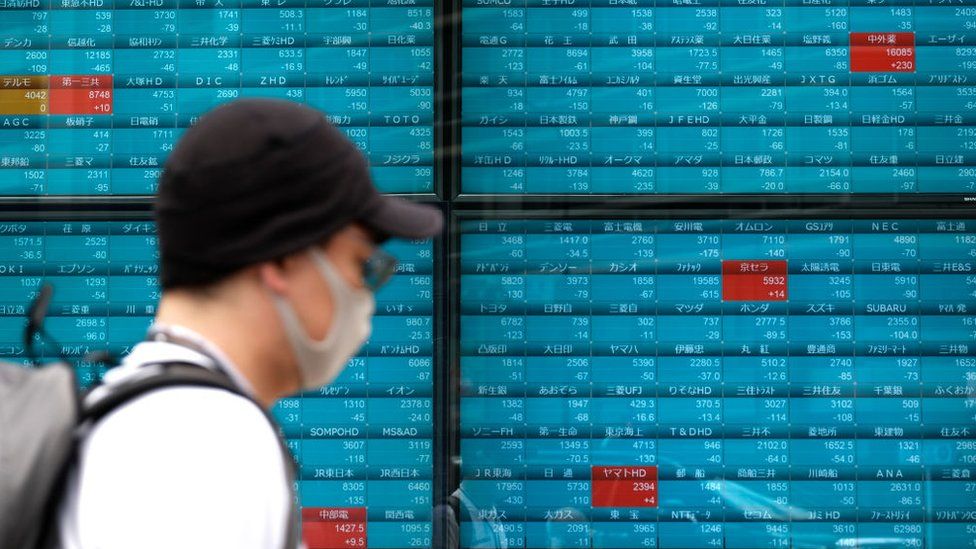 Hong Kong: Asian markets fluctuated after another negative performance on Wall Street on Monday, as US data showed that new jobs created last month were less than expected, but wages rose strongly, which put pressure on the Fed to fight inflation.

Traders will pay close attention to inflation data in the United States and China this week as they try to assess the outlook for the global economy, as energy costs soar and tight supply exacerbates the problems caused by the rapidly spreading variant of Omicron Covid.

Friday’s closely watched non-agricultural employment data was far below expectations, marking a disappointment at the end of the year, while wage growth exceeded expectations.

The problem facing Fed officials now is that they must adjust monetary policy to control prices while avoiding damage to the economic recovery and causing market panic, because cheap cash that has driven the rebound in the past two years has been removed.

The bank has already started to scale back the huge bond purchase program it implemented at the beginning of the pandemic and hinted that it might raise interest rates from historical lows starting in March. Some observers predict that it will raise interest rates three times this year.

There are also signs that officials are considering reducing their large bond holdings, which has put further upward pressure on loan costs.

As a key indicator of future interest rates, the 10-year US Treasury bond yield climbed last week at the fastest rate in nearly a year.

“The US Fed needs to tread carefully in removing policy accommodation — it should not happen too fast otherwise it risks a disruption to the rebound in economic growth and could lead to another ‘taper tantrum’,” Diana Mousina, of AMP Capital, said.

She added that she saw inflation causing further upheaval in markets this year, while US elections in November and geopolitical issues would also play a role.

Eyes will be on the release Wednesday of US inflation, which is at a four-decade high.

All three of Wall Street’s main indexes ended down, with the Nasdaq again the worst-hit as tech firms are more susceptible to higher rates owing to the reliance on debt to drive growth.

Asia had an uncertain start with markets swinging in and out of positive territory and Tokyo closed for a holiday.

Stocks in the country had a tough start to the year as outbreaks of Omicron force local governments — as part of a “zero-Covid” strategy — to impose strict containment and lockdown measures.

Singapore continued its bright start to the year with another healthy gain while there were also advances in Taipei, Manila and Jakarta, though Sydney, Seoul and Wellington dipped.

Oil prices ticked up after Friday’s retreat, with optimism about the demand outlook still outlasting weakness in China caused by the Covid response.

Posted on March 25, 2021
New York: After the Suez Canal was blocked, oil prices soared on Wednesday. At the same time, due to the government’s efforts to contain...
Read More

Rupee gains 67 paisa against US dollar

Posted on November 13, 2021November 13, 2021
Islamabad: The Federal Board of Revenue (FBR) on Saturday revised the sales tax rates on petroleum products. According to the SRO issued by the...
Read More

Posted on May 17, 2021
Hong Kong: Asian markets were mixed on Monday, as optimism about the global recovery was offset by concerns about a surge in new infections...
Read More