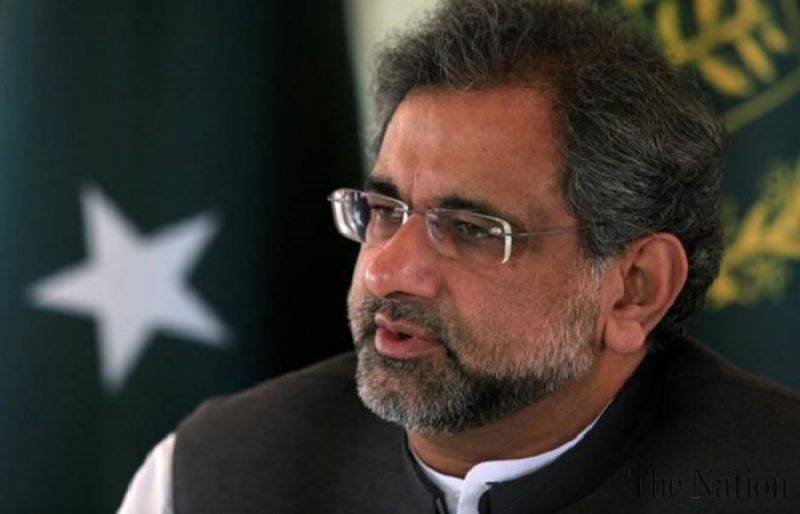 Former Prime Minister and Pakistan Muslim League – N senior vice president Shahid Khaqan Abbasi has said that the Pakistan Army will itself ask to reverse the army chief’s extension law as it “creates ambiguity for the institution.”

“It is the government’s prerogative to extend the army chief’s tenure. The government gave the extension and the army accepted it. After this, the institution shouldn’t have been embarrassed.”

But the issue went to the Supreme Court. There were precedents of extension in the past, yet the court asked Parliament to ratify it.

“The Parliament endorsed the extension but the mistake was the amendment in the law. It was not right and you will see that it will be reversed.”

Asked if his party would repeal the law if it formed a government, he said not only the PMLN but also the army would demand it be repealed as it would create ambiguity that would be detrimental to the army.

Israel police in standoff with Palestinians over Jerusalem eviction

Posted on November 26, 2021November 26, 2021
Karachi: After Pakistan’s Chief Justice Gulzar Ahmed ordered the demolition of the Nasrata within a week, builders erupted in protests on Shahrah-e-Faisal on Wednesday....
Read More

Posted on October 19, 2020
Lahore: The terrible fire at Lahore’s Hafeez Center has engulfed over 300 shops while valuable items of ninety percent shops have been destroyed by...
Read More

Posted on December 13, 2021December 13, 2021
Islamabad: The Inter-Provincial Meeting of Ministers of Education (IPEMC) was held on Tuesday (tomorrow) to make the final decision on the winter vacation. The...
Read More

Posted on December 7, 2021December 7, 2021
The Islamabad High Court (IHC) warned Gilgit-Baltistan’s former Chief Justice Ranashamim on Tuesday that he must submit an original notarized affidavit by Monday, in...
Read More

Posted on March 24, 2021
Islamabad: Federal Minister of Education and Professional Training Shafqat Mehmood announced on Wednesday that as the third coronavirus spreads to Pakistan, especially Punjab, all...
Read More

Posted on April 8, 2021
Karachi: Sindh Chief Minister Syed Murad Ali Shah has said that a new census should be conducted across the country as all four provinces...
Read More